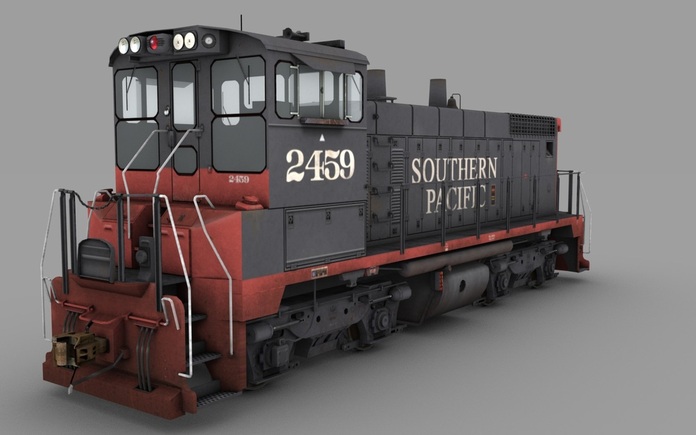 A rear view of SP 2459.  This is the early series of the SW1500's that the SP purchased, that had the stepwell gussets.  This engine can be downloaded from the DLS. 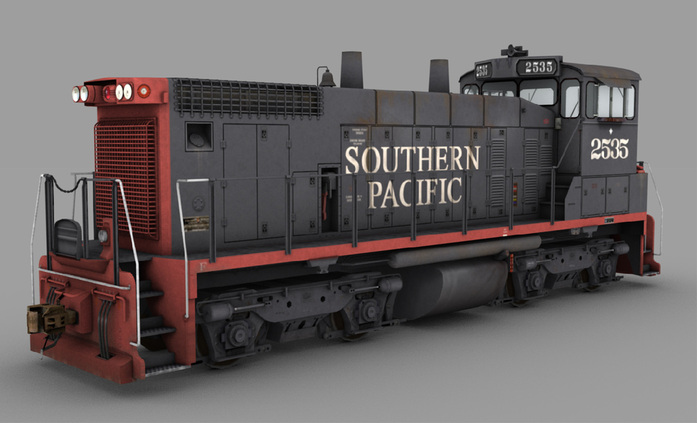 A front oblique view of SP 2535.  This is the mid series version which does not have the stepwell gussets.  This engine can be downloaded from the DLS. 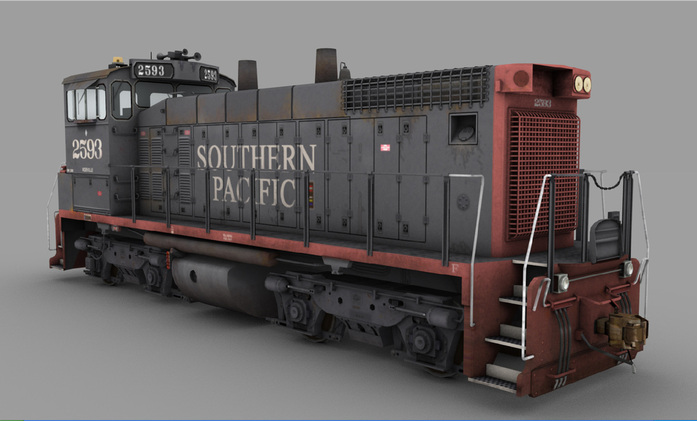 This is a late series SP SW1500, which has had the unique SP light package gutted.  In the closing years of the SP the FRA mandated that locomotives have ditch lights installed, and the SP chose to remove some of the distinctive lights that had been stock on their locomotives when originally purchased.  SP management considered the Gyralights redundant since the FRA only mandated ditch lights, so to save on costs for replacement parts, and to stop any maintenance that would have been expended on the lights if they had been left on, they began ordering them removed.  When removing the lights the SP shops were less than delicate or consistent; on some units they simply ripped off the fixtures, leaving gaping holes where they had once been.  On other units they plated over the openings, covering the open wound, so to speak.  It certainly fit the image of the SP at the time, where deferred maintenance ruled the system.  As long as it ran, they didn't care what it looked like; dirty, rusty, covered in tunnel soot, marred by graffiti... it was all the same to them.  It was like a railroad run by Sanford and Son...

Man, was it beautiful.

This engine can be downloaded from the DLS.
Proudly powered by Weebly