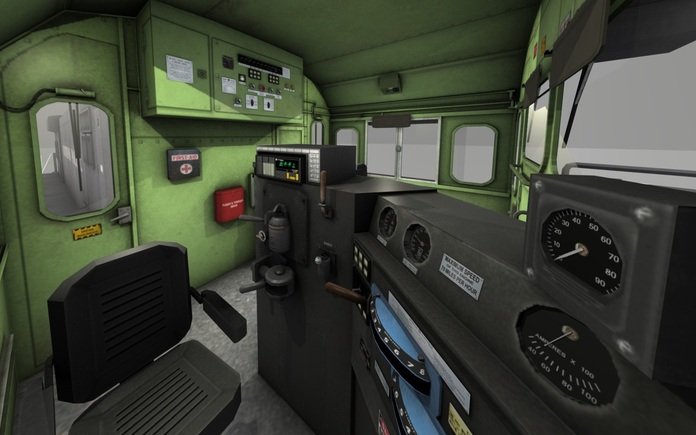 Some final touches (I hope) to this.  Added in the breaker switch labels, and then did the light baking on the textures.  I also went and added in the window tracks; after looking at how well they came out on the K-M cab, I decided to add them in here. 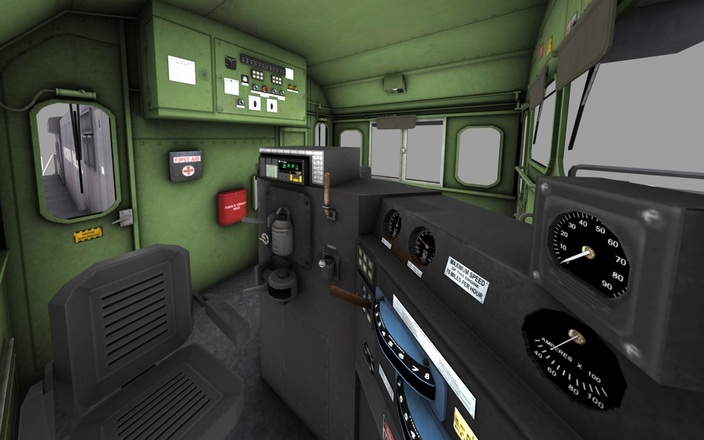 An observant person over on the Trainz forums sent me a PM pointing out an issue with the U33C cab.  The dynamic brake, throttle, and reverser lever housings were the incorrect color in the picture I had posted here from some time back.  They were still showing the reddish-brown color that I had used previously.  From the info I have gathered, it appears that EMD favored a reddish-brown or dark grey phenolic for these housings, while GE went more for an almost teal blue to light grey phenolic for theirs.  I realized that I hadn't posted an update pic of the cab since I did a fair amount of work to it (including fixing the housing color issue), so I thought I had better update it. 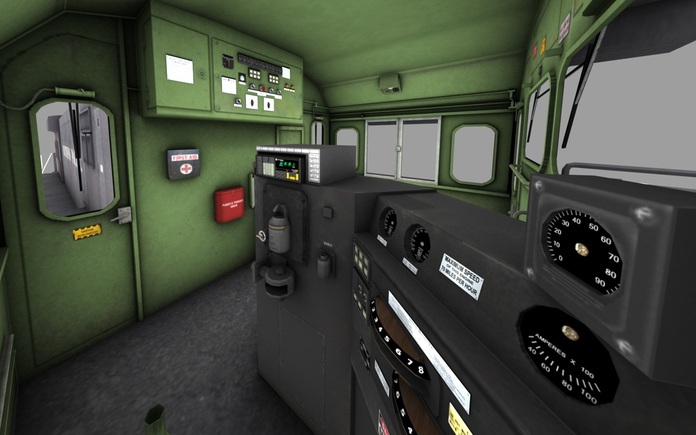 Work continues on the cab for the SP U33C's.  Dials, seats, and other details are not shown as they have been separated out to be exported as individual .im files so they can be attached to the cab attachment points as needed. 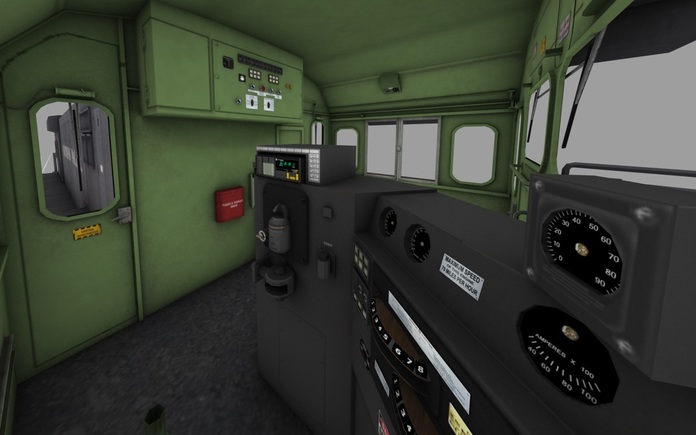 Quick Blender render of the U33C cab view I am working on.
Proudly powered by Weebly